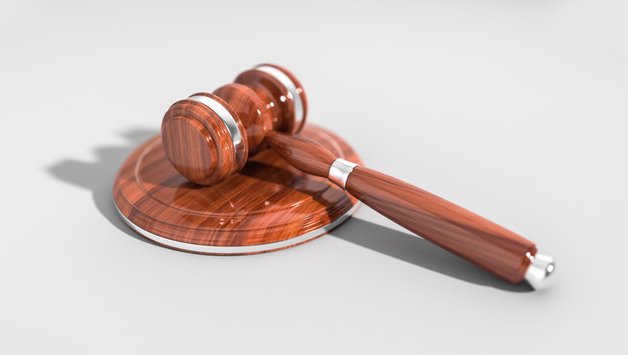 SUBSTITUTION FOR THE DEFICIENT COMPLAINT PROVIDED IN ARTICLE 79, SECTION II, AMPARO LAW, DEALING WITH THE ORDER AND FAMILY AFFECTION DEVELOPMENT. IT DOES NOT PROCEED IN INTESTAMENTAL SUBSIDIES TRIALS.

The mentioned article provides the replacement of the complaint in favor of three different groups: minors, the "incapable" and the family, in those cases in which their order and development are affected. Now, in order to determine whether in an intestamentary succession trial the substitution of the complaint operates based on the protection of the family, it is necessary to clarify when we are in the presence of cases in which their order and development are violated, thus we will be in this case when relationships between family members are disrupted or when public order institutions are at stake, which does not translate into the protection of the members of the family nucleus individually, but rather the existing relationships between them and in the rights and obligations underlying them. Therefore, if the purpose of the intestamentary succession judgment consists essentially in the division and adjudication of the property author succession in favor of the heirs, who have the duty to bear the burdens of the inheritance; it is clear that only economic interests are at stake and the consequences may occur do not harm the family group, since their configuration or the existing order do not vary, but rather result in strictly patrimonial matters, so the substitution of the complaint based on the last section II part of article 79 from Amparo Law; the foregoing, as long as the intestate succession trial does not contain any intrusive minors rights or "incapables", since it is evident that in such cases the substitution of the complaint operates to its fullest extent. It is not an obstacle to the previous conclusion, the fact that in these types of lawsuits it is necessary to analyze whether the plaintiff proved his connection with the succession author so that it can be determined whether or not he is entitled to the inheritance, since the truth is the recognition or ignorance of the kinship degree join together the presumed heir with the deceased only stocks affects in relation to the inheritance petition judgment, this is, to know if he/she is able to obtain any portion of the author´s succession goods to get the heir character. The foregoing, however, may in no way be liable to modify the parent-child relationship or the civil status of any person.

Thesis and / or contending criteria:

The issued one by the Second Collegiate Court in Civil Matters, System Seventh, when solving the amparo under review 373/2016, from which derived the isolated thesis VII.2o.C.45 K (10th.), Titled and subtitled: "SUPPLENCY OF THE DEFICIENT COMPLAINT PROVIDED IN ARTICLE 79, SECTION II, AMPARO LAW, DEALING WITH THE ORDER AND FAMILY AFFECTION DEVELOPMENT. Book 43, Volume IV, June 2017, page 3020, with digital registration number: 2014559 "and in the Federal Judicial Weekly on Friday, June 16th, 2017 at 10:22 am".

The issued one by the Third Collegiate Court in Civil and Labor Matters, System Twenty-First, when solving the amparo under review 148/2018, in which it considered that in intestate succession trials, the substitution of the complaint does not operate, since the hereditary succession attends to deceased patrimonial matters that in no way impact to the detriment ties affective of their relatives that, for being, precisely, only economic interests in which third parties outside the family could also be involved as creditors of the deceased. He added referring to the principle of substitution of the deficient complaint in family matters, article 79, section II, from Amparo Law, establishes as a requirement that the order and family development is affected, which does not happen in questions related to hereditary successions, whether testamentary or intestate, since this only deals with debates on inheritances in which only economic interests are involved that do not harm the family development or change its existing order.

Jurisprudence thesis 65/2019 (10th.). Approved by the First Chamber of this High Court, in a private meeting in August fourteen, two thousand and nineteen.

This thesis was published on Friday, October 25th, 2019 at 10:35 a.m. in the Federal Judicial Weekly and, therefore, it is considered mandatory since Monday, October 28th, 2019, for the purposes provided in the seven point of the General Plenary Agreement 19/2013.