LAW PROVIDES MODIFICATION TO AGREEMENTS IN CASES OF FORCE MAJEURE

LAW PROVIDES MODIFICATION TO AGREEMENTS IN CASES OF FORCE MAJEURE 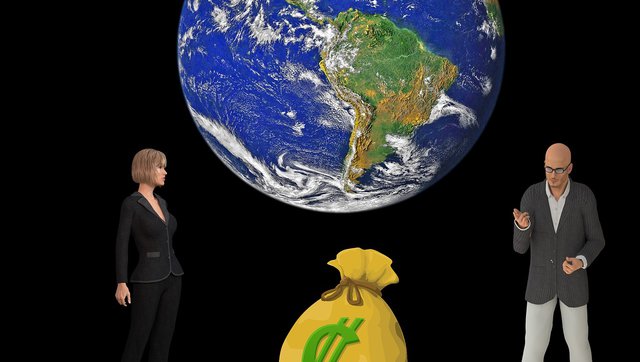 The present document tries to analyze the impact in the leasing contracts celebrated especially in buildings destined to provide services to the general public, schools, nurseries, gyms, vehicle sales, commercial premises and in general any property that provides services to the public and that are not services considered as indispensable or priority, due to the current situation Mexico is going through derived from the epidemic caused by the SARS-COV2 virus (COVID-19) (hereinafter the “EPIDEMIC”) , and the actions to be taken in each case, depending on the attitude adopted by each of the lessors.

The current situation our Country is going through due to the EPIDEMIC, was recognized by the National Health Council in an Extraordinary session held on March 19th, 2020, as a serious disease of priority attention.

The Ministry of Health on March 24th, 2020 published in the Official Gazette of the Federation (hereinafter “DOF” due to its Spanish acronym) the AGREEMENT ESTABLISHING THE PREVENTIVE MEASURES TO BE IMPLEMENTED FOR THE MITIGATION AND CONTROL OF RISKS FOR THE HEALTH IMPLIED BY THE DISEASE FROM THE SARS-COV2 VIRUS (COVID-19), which were sanctioned by the President of the Republic through a Decree published on the same date in the DOF.

On March 27th, 2020, the President of the United Mexican States published in the DOF the DECREE BY WHICH EXTRAORDINARY ACTIONS ARE DECLARED IN THE AFFECTED REGIONS OF THE WHOLE NATIONAL TERRITORY IN GENERAL HEALTH DISEASE TO COMBAT SERIOUS CARE DISEASE PRIORITY GENERATED BY THE SARS-COV2 VIRUS (COVID-19).

In accordance with the foregoing, the Federal Government of the United Mexican States expressly and officially recognized the EPIDEMIA as a serious health emergency of priority attention, therefore the Health Secretary through the website https: //coronavirus.gob.mx/multimedia/ #recomendaciones, as well as at a press conference held on March 28th, 2020, under the Secretary for Prevention and Health Promotion (“SPPS” for its Spanish acronym), officially called on the whole country population to take shelter in their houses and not to go out to any place in order to avoid the risk of contagion of the EPIDEMIC.

Thus, it can be validly and justly concluded that the current situation that Mexico is going through qualifies as an Extraordinary Event of a National Nature, as recognized by the competent Authorities, this being a recognized fortuitous event or case of force majeure declared at the national level.

Taking into account the above, it is feasible to send a statement to the lessors in which they are informed due to the current situation our Country is going through under the EPIDEMIC, from April 2020 it will be carried out the temporary decrease of the incomes by 50% as long as the EPIDEMIC and the preventive measures to prevent its spread prevail.

The fundamental premise to claim the non-payment of the income or the reduction of it and even the termination of the contract, derives from the consequences of the preventive measures adopted by the Secretary of Health in coordination with the National Health Council on the occasion of the EPIDEMIC , in which a state of sanitary emergency was declared due to force majeure, a situation which obviously generates a situation of imbalance between the reciprocal benefits derived from the lease contracts that concern us, due to the existence of an extraordinary situation that was not foreseeable and that it is also completely alien to the will of the parties and is even considered as a cause of force majeure or fortuitous event, this imbalance has been caused by the EPIDEMIC.

Taking into consideration this, there are two aspects that circumscribe the EPIDEMIC: "FORTUITOUS CASE OR FORCE MAJEURE" and "EXTRAORDINARY EVENTS NOT FORESEEABLE", provided for in law and which are discussed below.

Starting from one of the principles of Law where "nobody is forced to the impossible".

Article 14 of the Political Constitution of the United Mexican States (“CPEUM” for its Spanish acronym) establishes in its fourth paragraph that in civil lawsuits, the final sentence must be in accordance with the letter or the legal interpretation of the law, and in the absence of this will be based on the General principles of law.

Article 1796 of the Civil Code, corresponding to the "ACTION TO RECOVER THE CONTRACTUAL BALANCE AND THEORY OF IMPREVISION", establishes the following:

"Article 1796. Contracts are perfected by mere consent, except those that must take a form established by the Law. Since they are perfected, they bind the contracting parties not only to comply with what is expressly agreed, but also to the consequences that, according to their nature is in accordance with good faith, use or the law, with the exception of those contracts that are in the case indicated in the following paragraph.

Except for those contracts that appear concluded at random, when in contracts subject to term, condition or successive agreement, extraordinary national events arise in the interval that are not possible to foresee and that generate the obligations of one of the parties. are more onerous, said party may attempt the action aimed at recovering the balance between the obligations according to the procedure indicated in the following article.”

In accordance with the abovementioned, considering that it has been recognized by the competent Authorities of our Country that there are extraordinary events of a national nature that were not possible to foresee, such as the EPIDEMIC and due to the instructions given to the population in general by the Authorities to remain inside their houses and to suspend the provision of various services to the general public, the obligations in charge of the lessee, considered as affected party, are more onerous since he is forbidden to carry out the provision of the services subject of the lease and for that reason his income will cease, generating an imbalance between the obligations of the parties, since the lessee will not be able to carry out his obligation to pay the rent, therefore the article transcript before authorizes the affected party to attempt the corresponding action in order to recover the obligation balance.

In accordance with the foregoing, we have as necessary elements for the exercise of the action that concerns us, the following:

The theory of Unpredictable or Rebus Sic Stantibus clause, is considered as an exception to the Pacta Sunt Servanda principle, for which the modification to what is agreed by the parties may be requested to recover a balance in terms of obligations and rights.

Additionally, the articles 2431, 2432 and 2433 of the Civil Code, within the chapter corresponding to the lease, establish the following:

"Article 2431.- If, by fortuitous event or force majeure, the lessee is totally prevented from using the leased thing, no income will be incurred while the impediment lasts, and if it lasts more than two months, he may request the termination of the contract.

"Article 2432.- If the use of the thing is only partially prevented, the lessee may request the partial reduction of the rent, in the opinion of experts, unless the parties choose to terminate the contract, if the impediment lasts the time set in the previous article.

"Article 2433.- The provisions of the two preceding articles are not waivable."

The Law within the three legal precepts mentioned above establishes an exception to the obligation to carry out the payment of the rent and the case in which the request for partial reduction of the same proceeds, due to the existence of an impediment to the partial use of the thing, being that what is established for both cases is not reportable.

Derived from all the aforementioned, the national declaration carried out in our country of the existence of the EPIDEMIC declared as a case of force majeure, in which preventive measures are being decreed to prevent its spread, as is the census of all activities indicated as non-essential and priority, implies a modification to the conditions in which a lease was concluded, before the declaration of existence of the EPIDEMIA and the measures imposed by the Ministry of Health in Coordination with the National Health Council, which for the case under study implies an imbalance between the obligations of the parties, the same in accordance with the provisions of the aforementioned legal provisions empowers the injured party to exercise the corresponding legal actions to recover the balance between them.

In any case, and taking into consideration that due to the EPIDEMIC the courts are currently in suspension of activities and one of the principles that govern the contracts is good faith between the contractors, our suggestion for the moment is to achieve a rapprochement between the parties, appealing to the goodwill of the same and thereby achieving an agreement that is beneficial to the embassies, in which the balance in terms of obligations can be recovered, taking into account the aforementioned fundamentals of law.